Writing historical fiction obviously requires plenty of research. But surprisingly, research is also essential when writing any fiction – fantasy, sci-fi, contemporary and so on. I hadn’t really thought about it too much, because my story – ‘The Silence of Secrets’, is set in Victorian London – so naturally, I was completely absorbed in the 19th century. But if you step back for a moment – it makes sense – fiction has to be believable, otherwise the reader would lose interest. All writers want their readers to lose themselves in their story, but if a factual element is wrong, that could signal the beginning of the end for that book. Even in a fantastical story the unbelievable has to be conceivable! The suspension of disbelief only goes so far…

You might think that as a writer the ‘real’ work is creating the characters, settings, plot, dialogue etc. – essentially coming up with a great story. But the story will only work if all the elements come together in a perfect package – and perfection requires time and dedication. Unfortunately, it is very easy to get so absorbed in fact finding/checking that the creative writing gets put to one side. A day put aside for writing, can easily end up being a day spent googling, with very little progress story wise 😞

When I started writing my book, ‘The Silence of Secrets’, I started a Pinterest account to collect all my online images together – which you can view here… http://pinterest.com/photoartbyjak/victorian I also visited London to get a feel for the place (yes it’s changed), but the distance between this street, and that street remains constant. The river Thames is more or less the same size, and ‘Nancy’s Steps’ (from Oliver Twist) still exists, leading the way to a newer version of London Bridge (quick internet search) http://www.londonremembers.com/memorials/nancy-s-steps As I walked between the huge warehouses towards Jacob’s Island (an amazing experience) I just needed to look up – rather than gaze into the contemporary shop windows and my imagination did the rest. Finally, I read, read and read some more – not only contemporary historical fiction, but also Victorian literature, letters, articles, non-fiction – both contemporary and 19th century works. I located and studied maps produced at the time – and in fact, bought a fairly large one that I put on my study wall – which needed a magnifying glass to read! Of course there is a huge amount available online, including reference books – which makes it very quick and easy to access information – but do be careful, not all information online is thoroughly researched – and could therefore be erroneous.

In ‘Bleak House’ by Charles Dickens – which I’ve just started to reread – there is a scene where the character Krook is a victim of “spontaneous combustion”. At the time of writing (1852) Dickens was questioned about this phenomena, with many saying it was scientifically impossible – Dickens had done his research though, and could, with confidence, quote various cases! And just to make sure he wouldn’t constantly be asked about the same thing over and over, he wrote the following…

“I took pains to investigate the subject. There are about thirty cases on record, of which the most famous, that of the Countess Cornelia de Baudi Cesenate, was minutely investigated and described by Guiseppe Bianchini, a prebendary of Verona […] The appearances, beyond all rational doubt, observed in that case are the appearances observed in Mr. Krook’s case.”

Research can be a fascinating part of writing, but please remember to keep the details of where the information was found. There is nothing worse than trying to recall where a certain fact was listed, written, found etc – before including in your writing – and then realising you can’t remember the exact details. Always check facts, then check them again!

When I was studying on the MA Writing for Young People, at Bath Spa University, I was occasionally asked by my fellow students whether certain factual elements of my story were discovered/written/built/established when my story was set, in 1851 – and of course, I could with confidence say YES 😊 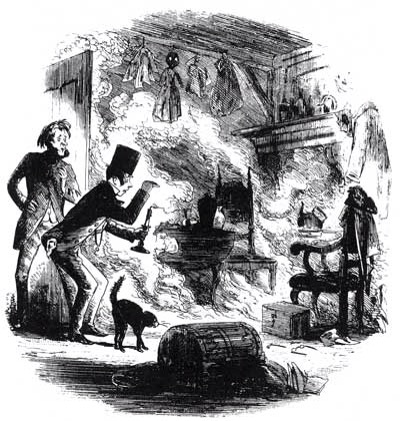